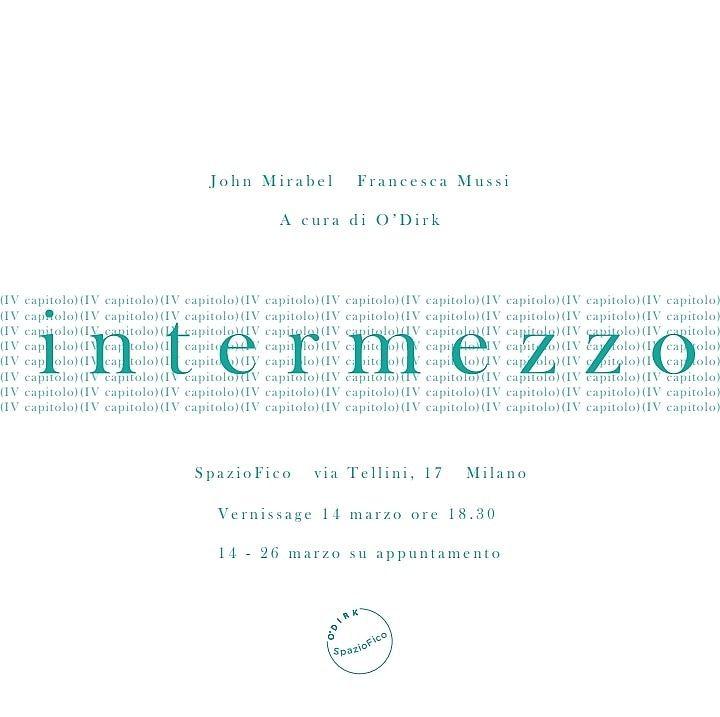 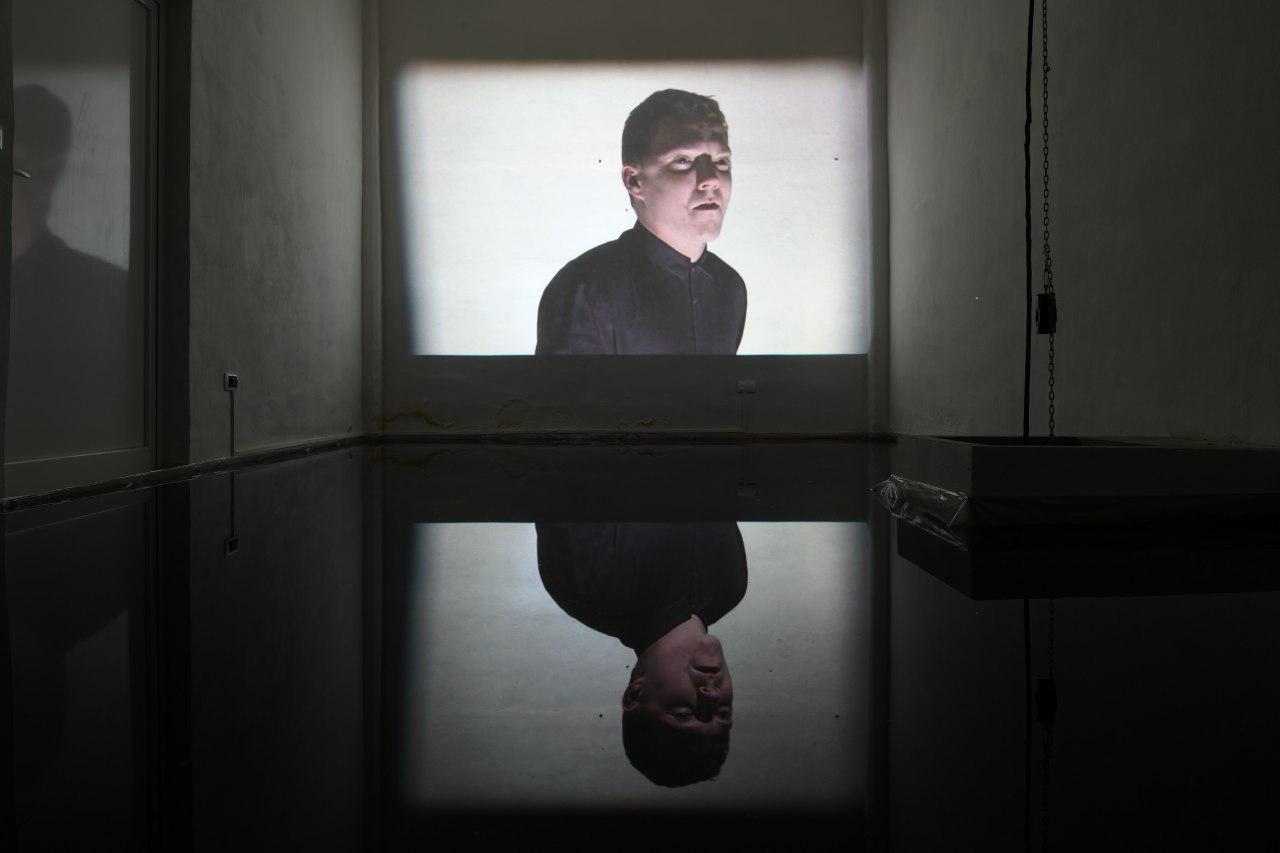 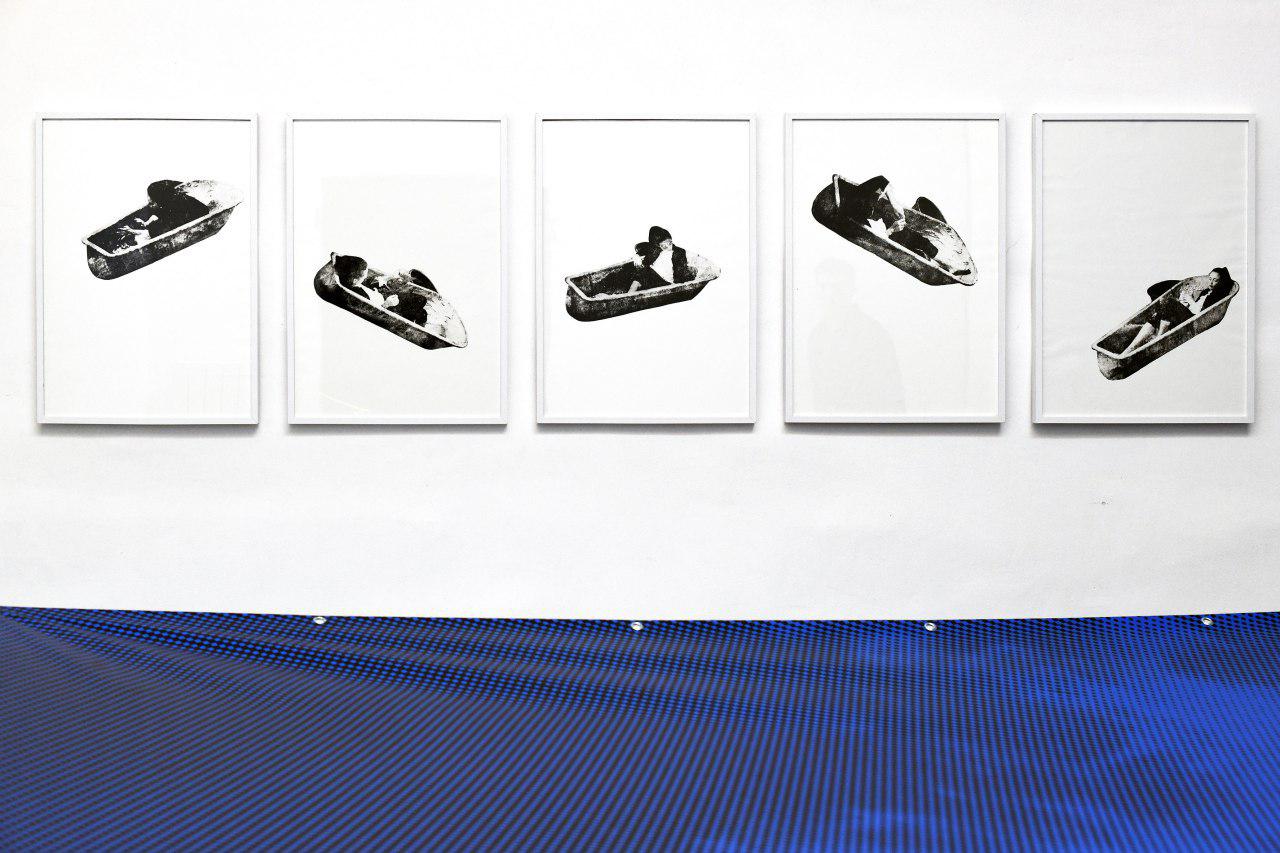 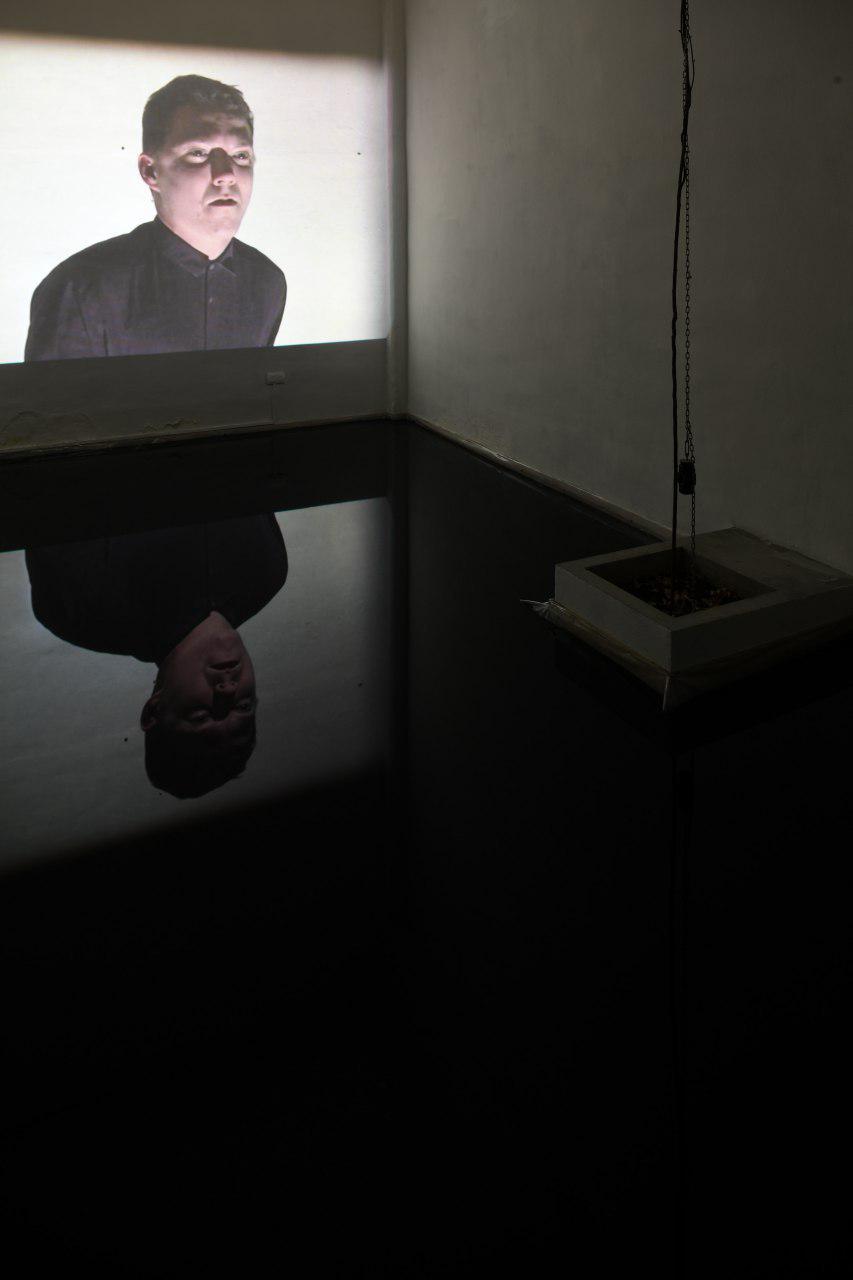 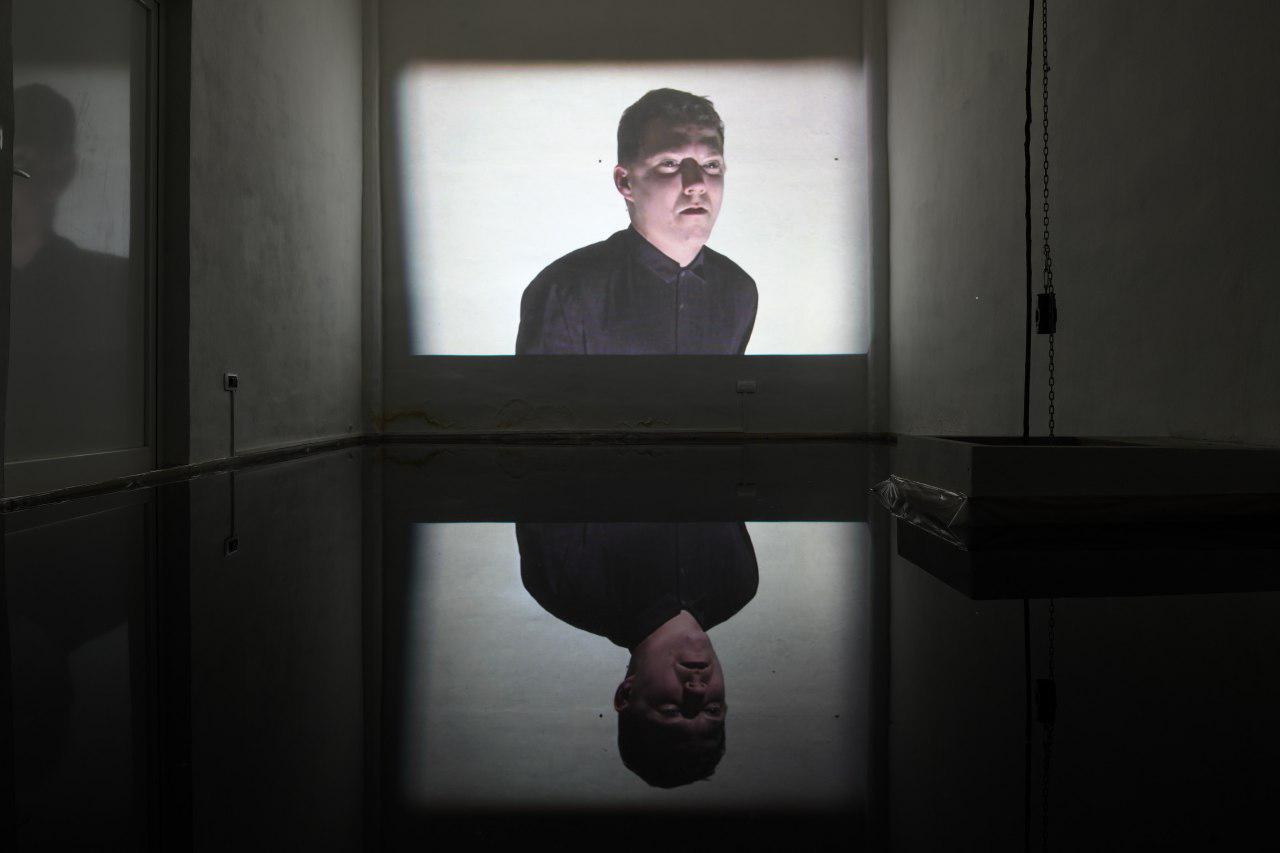 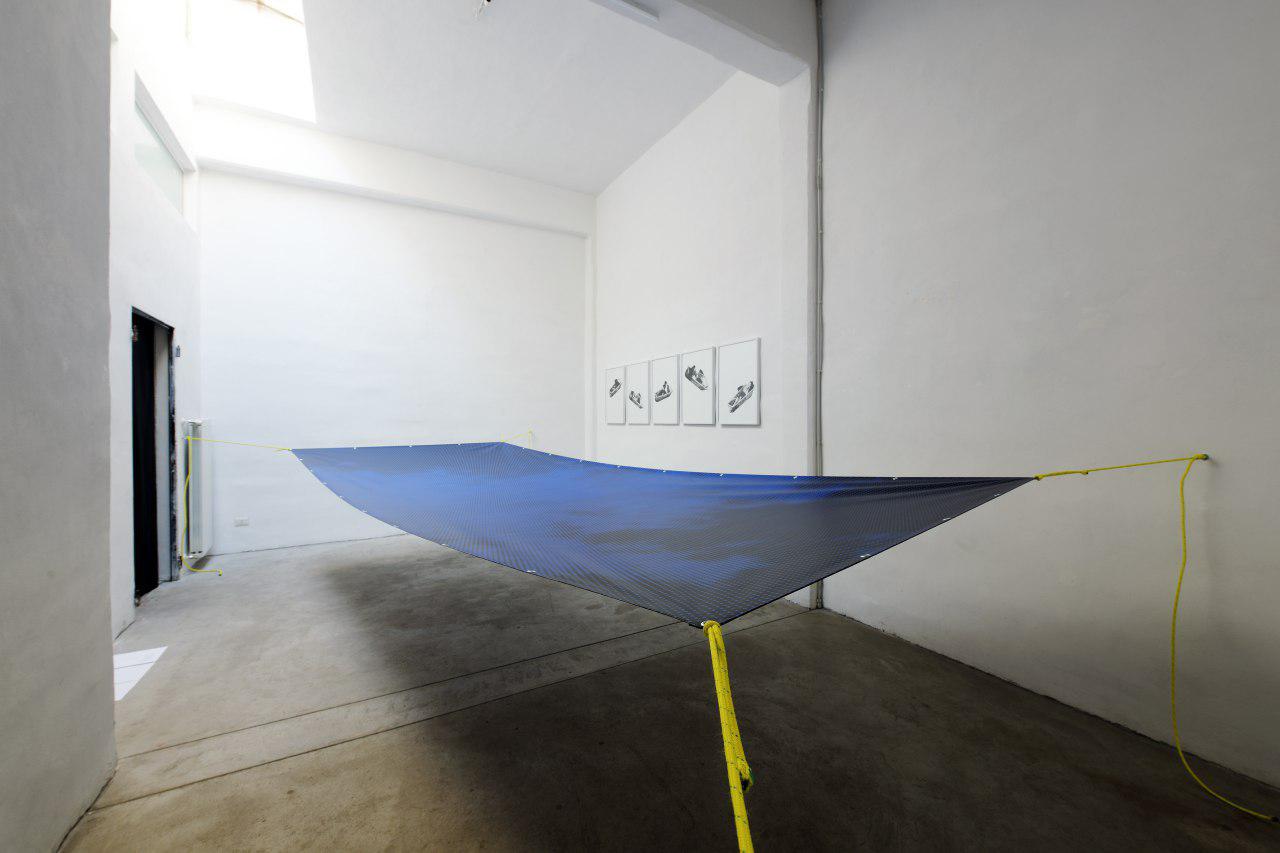 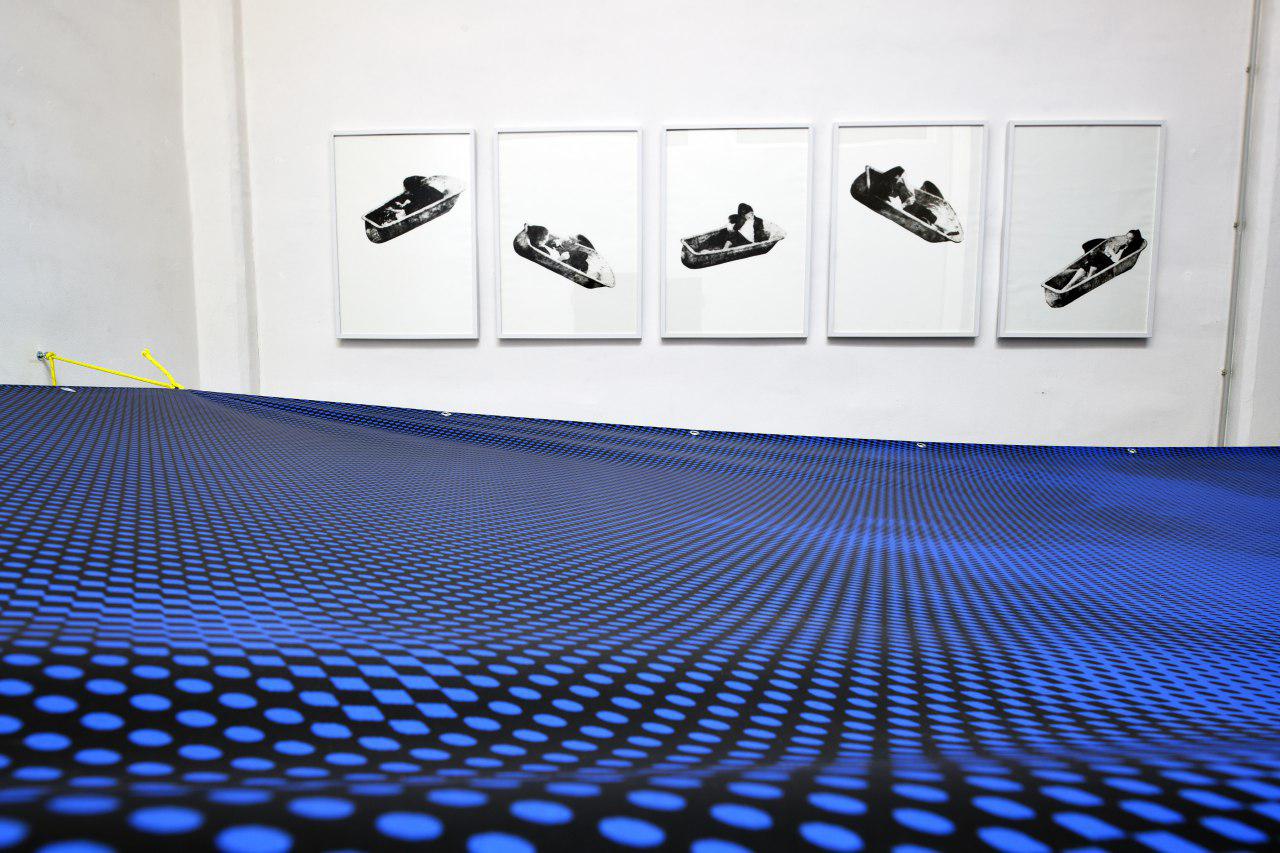 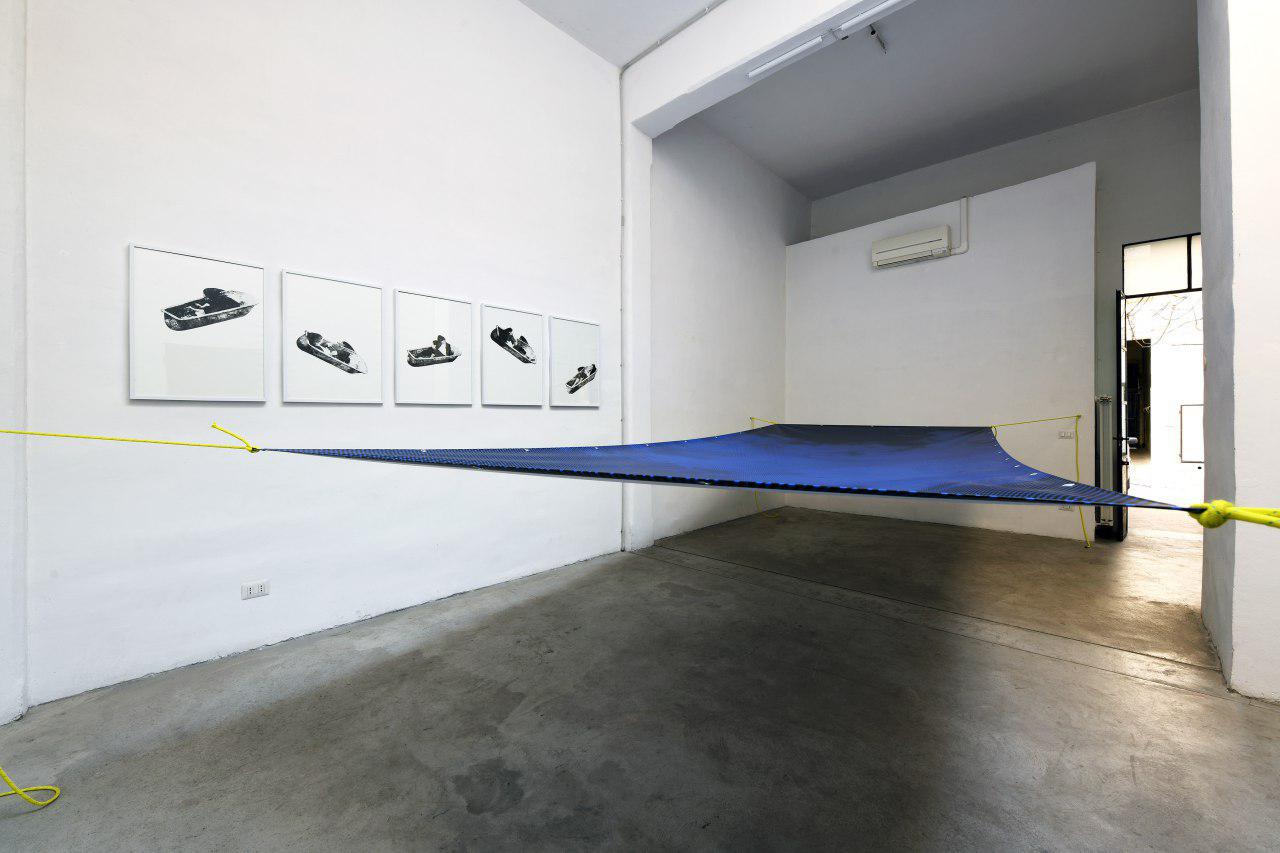 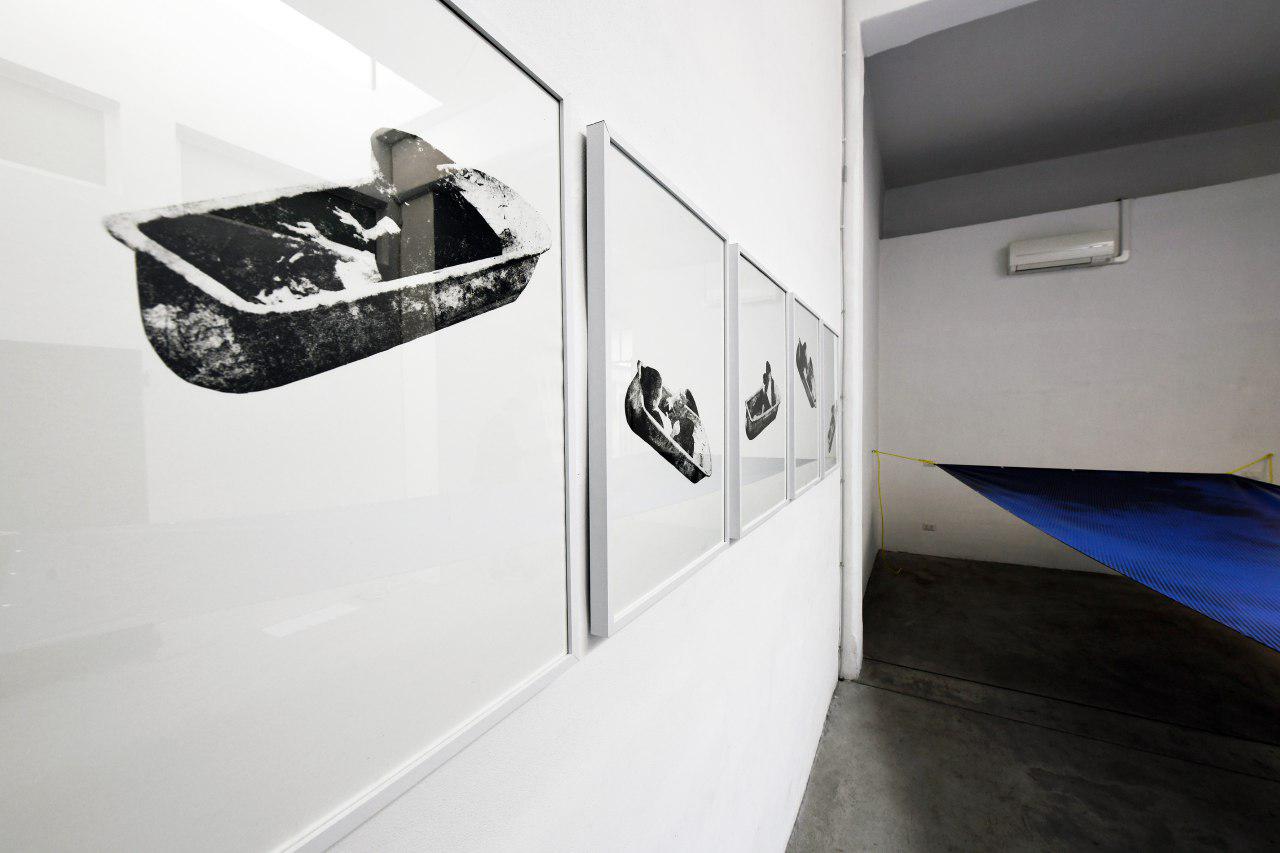 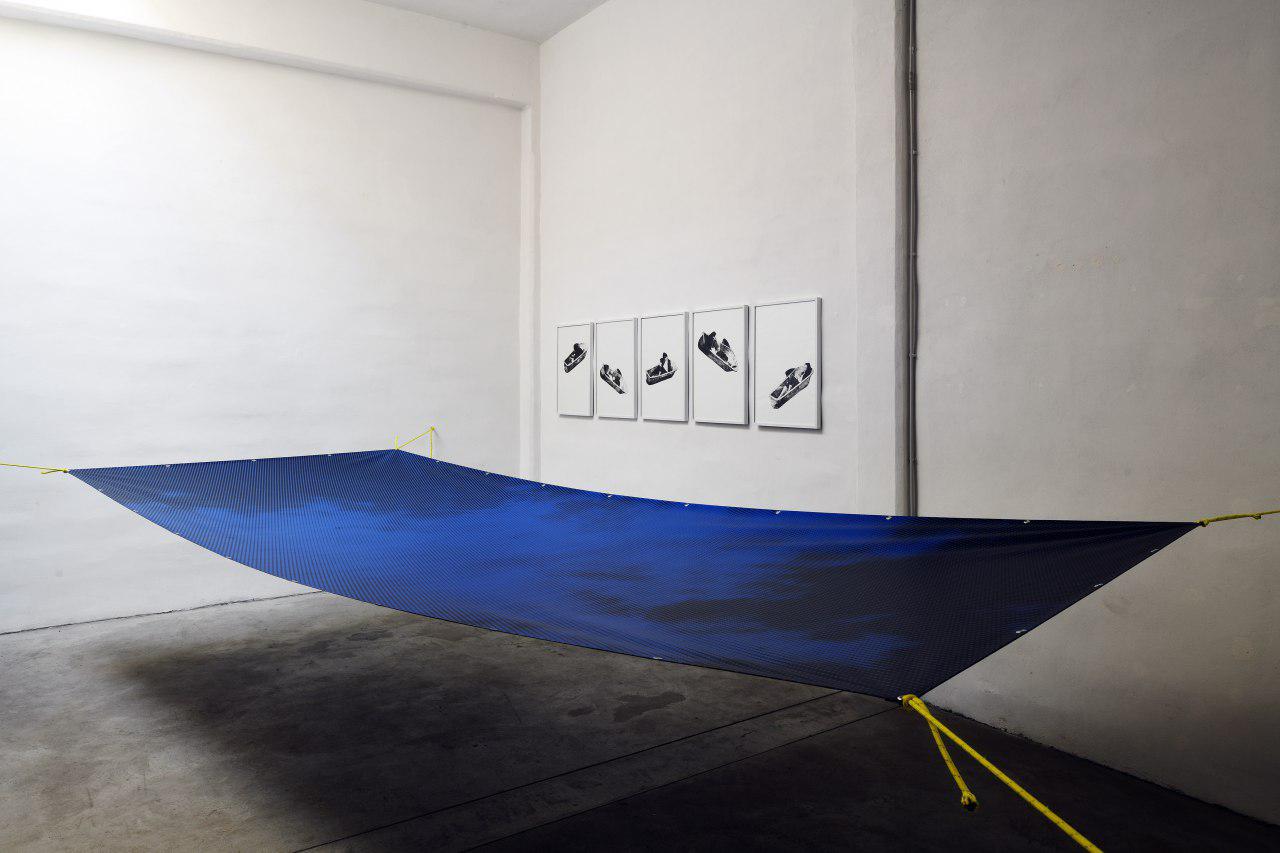 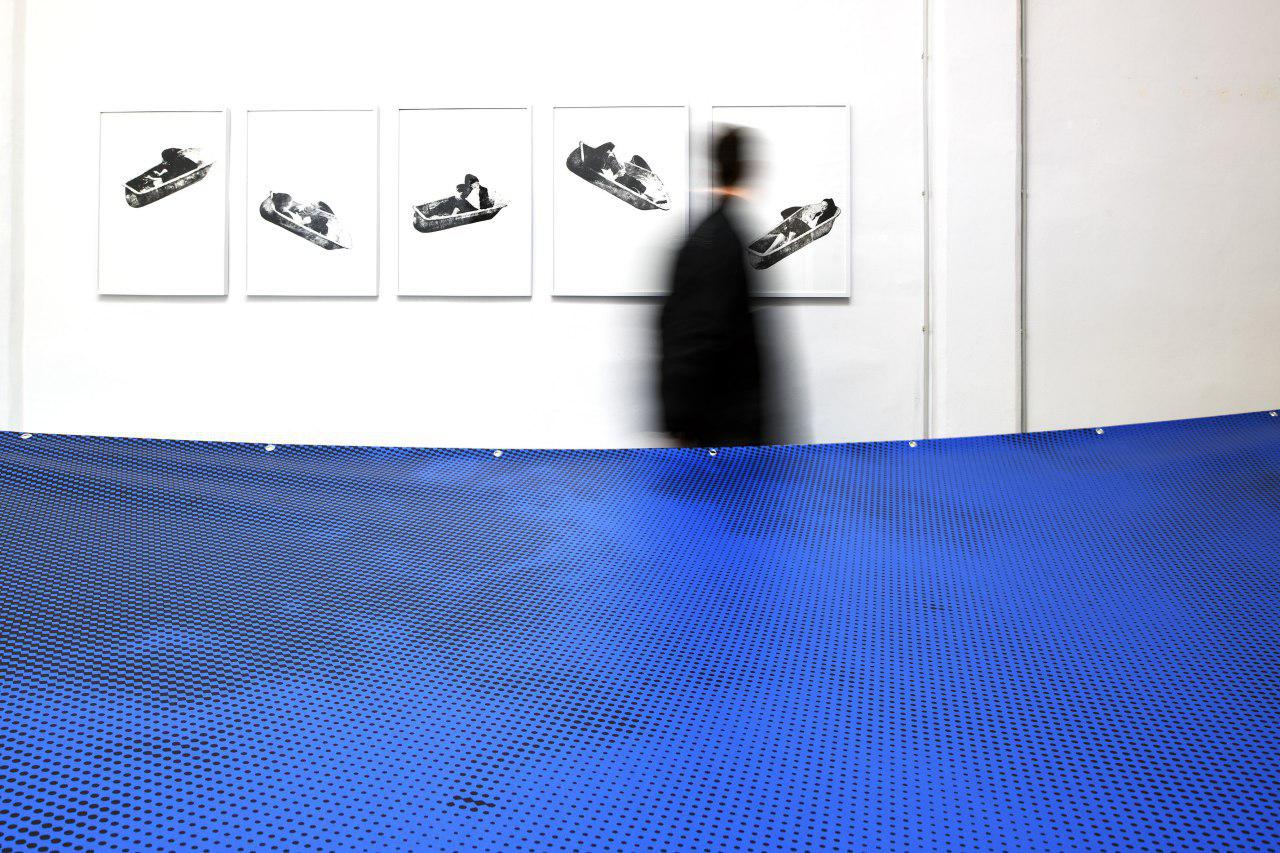 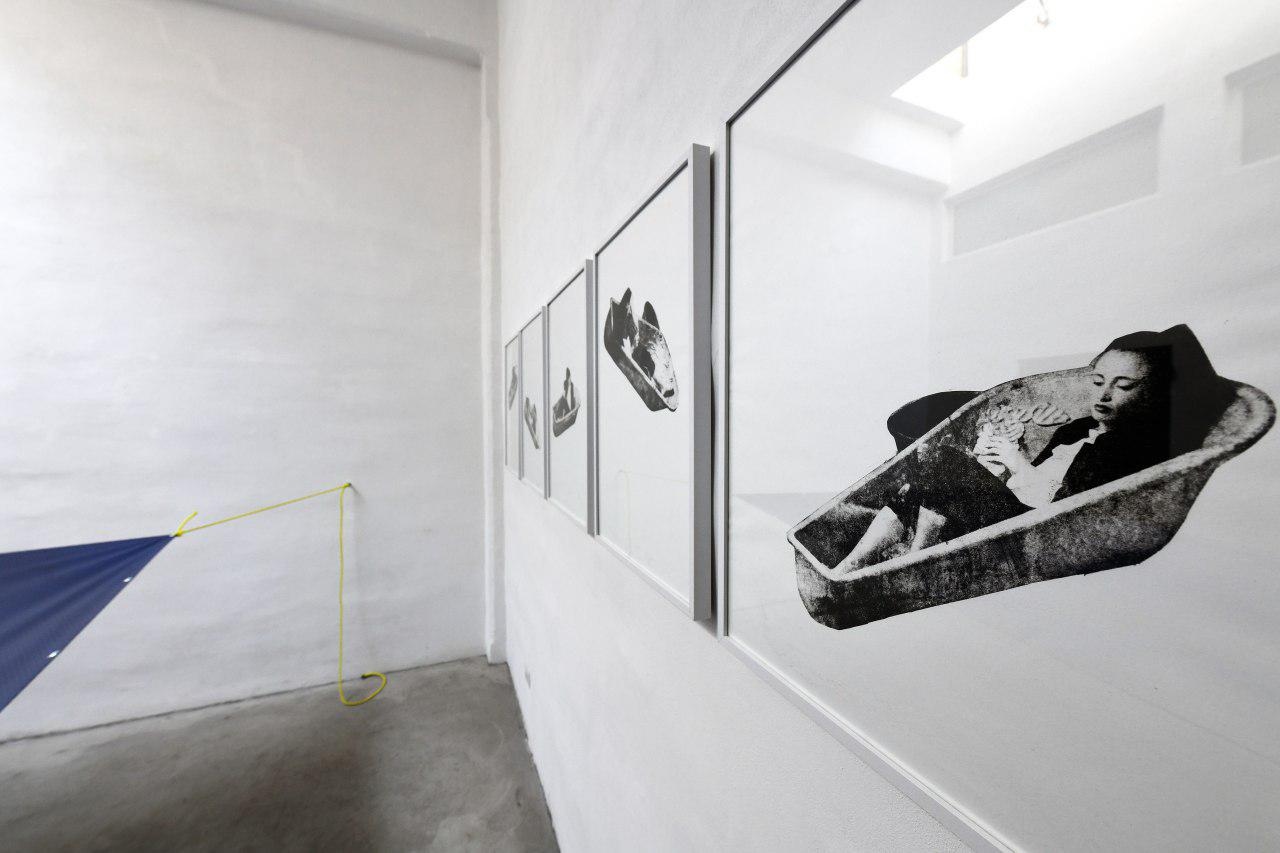 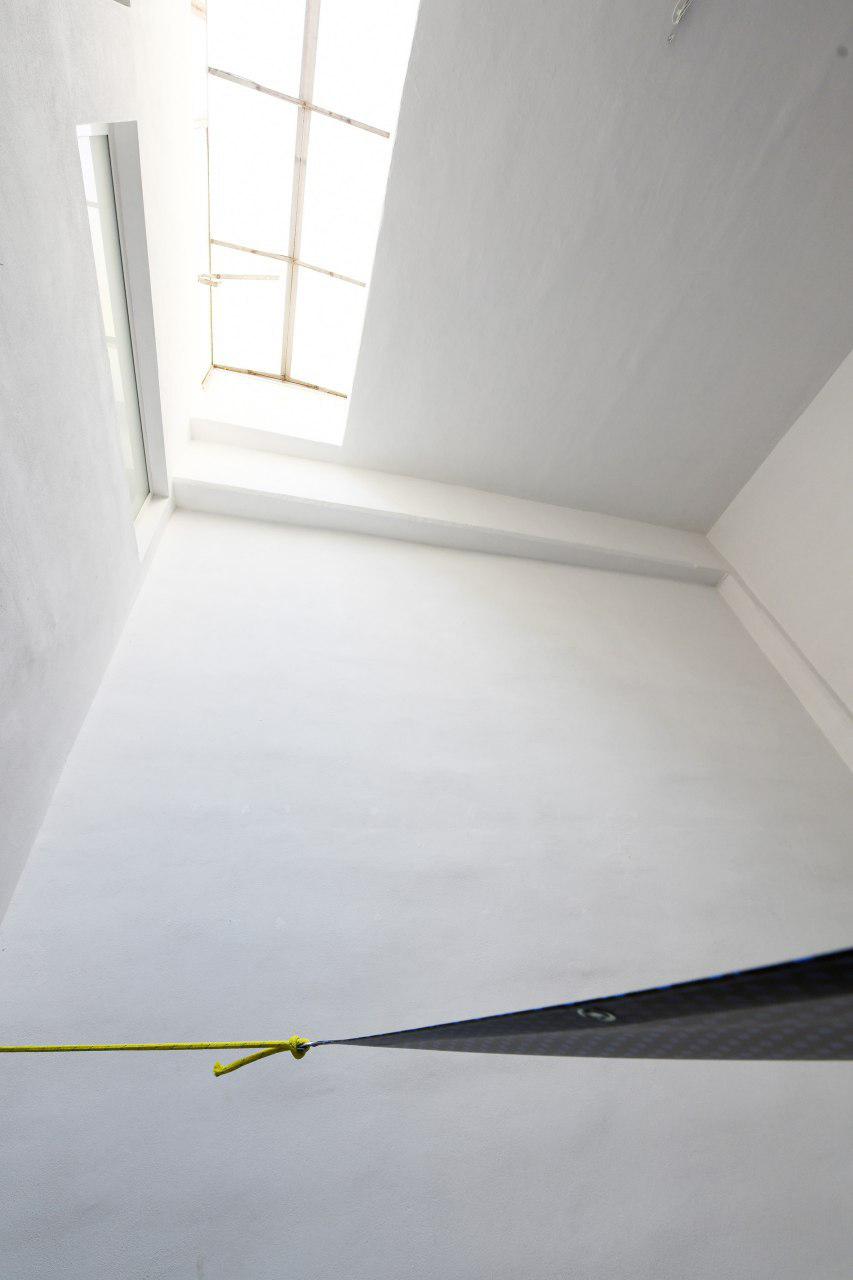 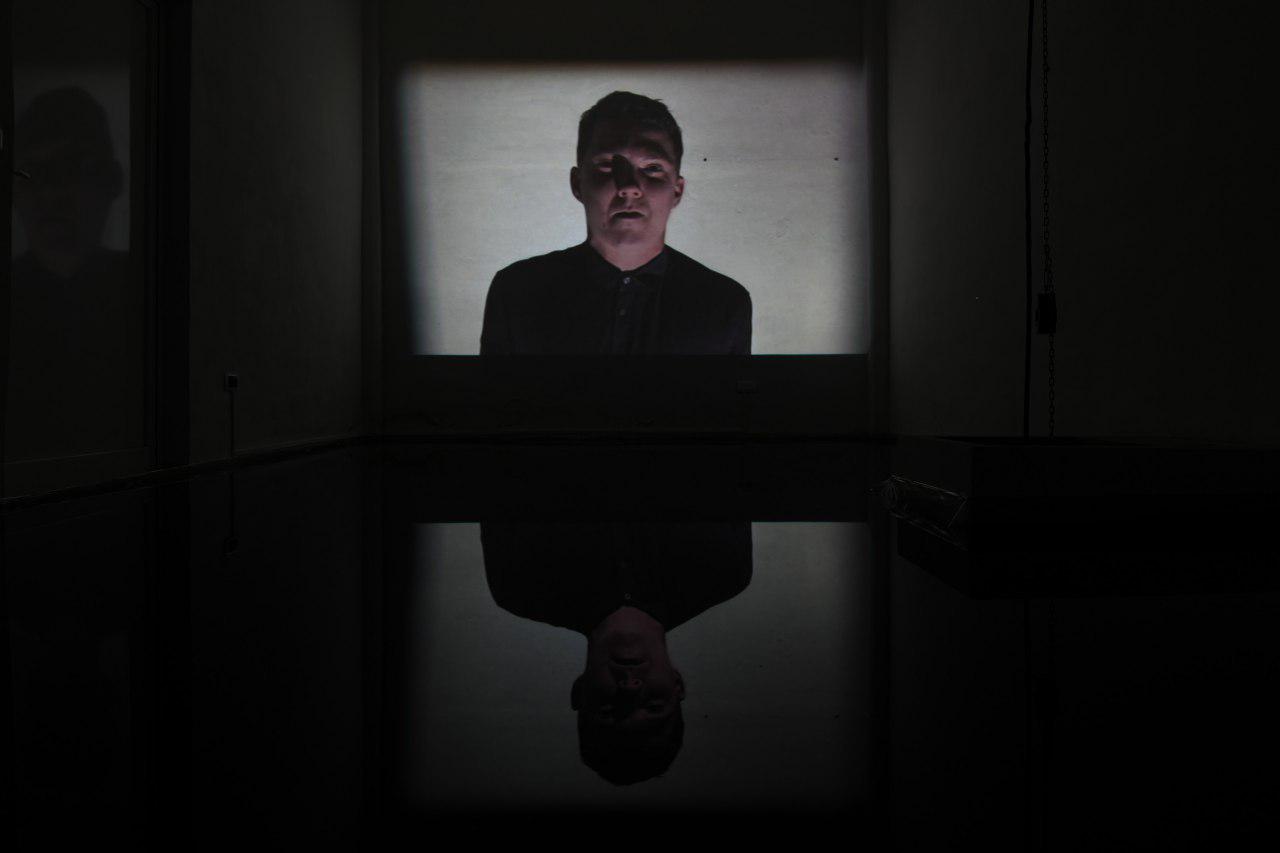 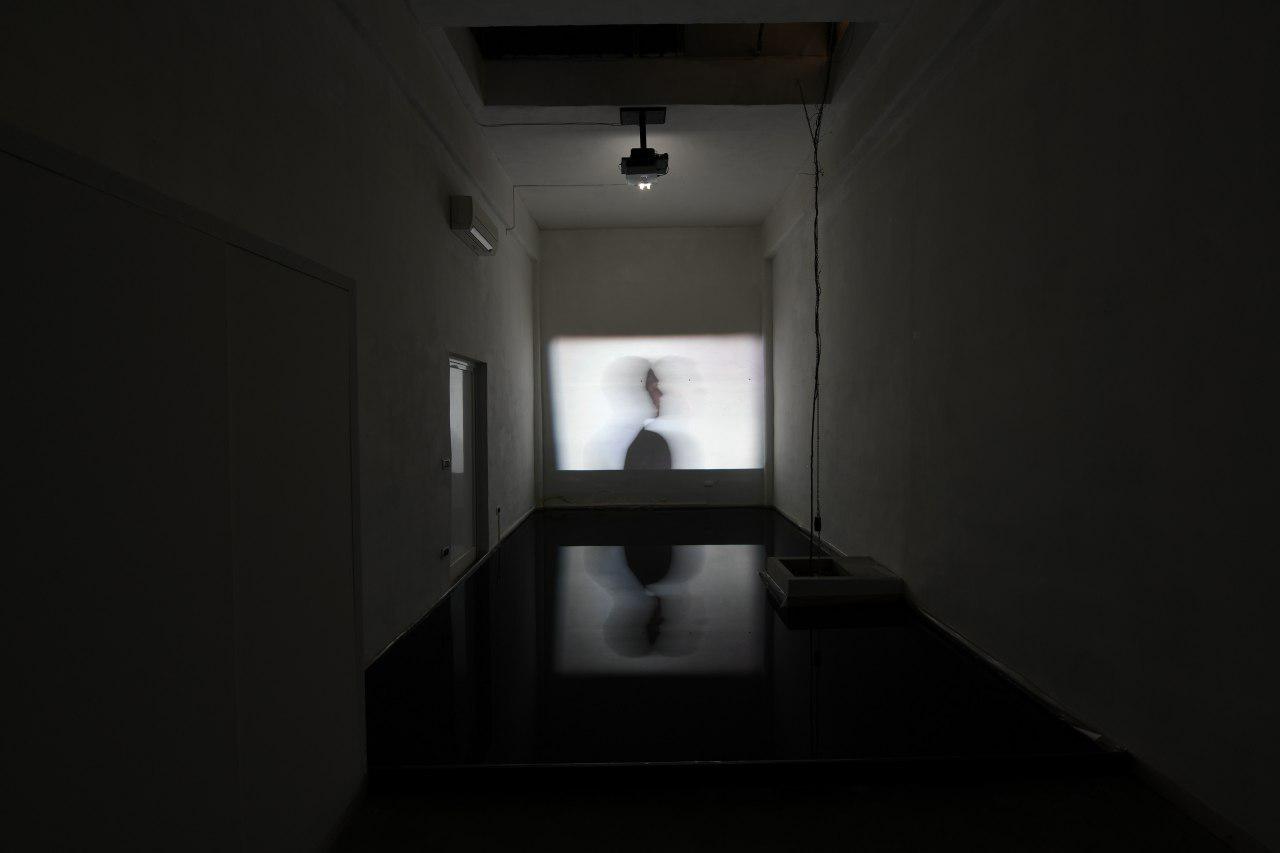 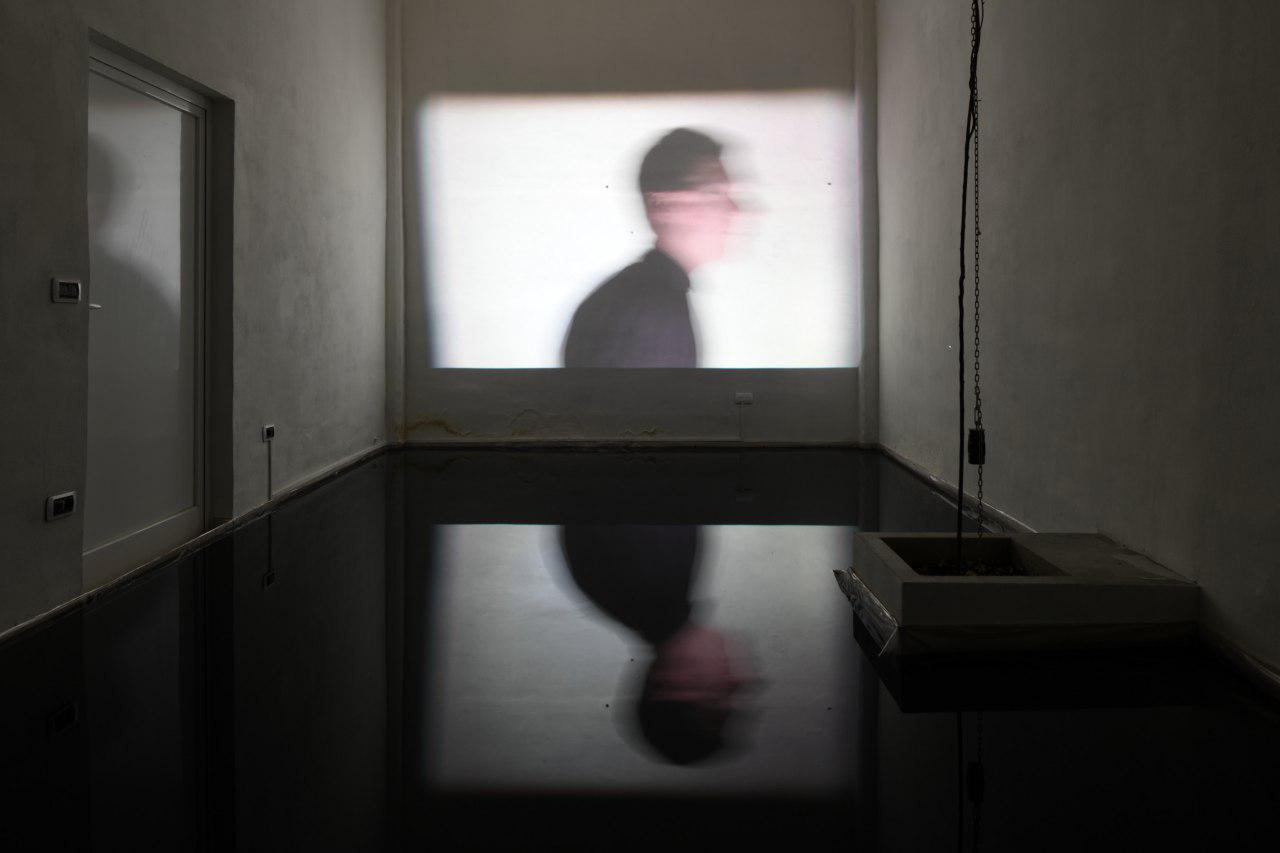 Interconnection means a mutual connection between two or more subjects, a relationship which implies interaction, transmissions and codes.

In order to be able to better understand the complexity of this term, we decided to dedicate six chapters to analyze “Interconnection” under different aspects: Compromise, Digression, Interlude, Signal, Holy, Memory.

The exhibition “Interlude” presents the works of John Mirabel and Francesca Mussi. “Intermezzo” is presented through works containing in their form the tension and the dynamism of an action suspended in an instant, like in a sort of limbo.

In John Mirabel’s video installation his enigmatic and perturbing movement is renewed in a continuous loop. The invariable and perpetual limbo remains inconclusive and therefore suspended in its ambiguity.

Similarly, in the prints of Francesca Mussi her figure remains ambiguous and uncertain, and her gesture cryptic.

The artists have collaborated working directly on site creating environments in which different elements make real spatial interludes (intermezzi) and determine the fruition of the other works, forcing, proposing, permitting or directing the spectator to be active.

Francesca Mussi (Milan, 1992) is a visual artist based in Milan. She has graduated in 2017 at Brera Academy of Fine Arts specializing in Graphic Art, in 2014 she studied Design at University of Leeds (UK). In 2015 she founded the cultural association Landskap in Milan and collaborated to some projects in Lipsia (DE) in 2017 and in Bergerac (FR) in 2018. She has recently exhibited her work in “”XIV Biennale di Grafica d’Arte”, Castelleone, (2018) “Chárōn”, Spazio SERRA, Milano (2018), “Entre”, Landskap, Milano (2018).

John Mirabel (Bergerac, 1988) is a french american artist, he lives and works between Milan and Bordeaux. In 2016 achieved the Post diplôme at Meisterschule HGB in Lipsia (DE), in 2014 the Master at HEAR in Strasburgo and he studied at Pôle Supérieur Son in the Conservatorio of Strasburgo (FR). He’s the creator and the curator of “PASSAGE”, International Art Residence in Bergerac. He has recently exhibited his work in “Deconsacration Or, Forms as Symbols”, Der Museum, Lipsia (2018), “Hopeless but not serious”, Faktor, Amburgo (2017) and “Friche”, Bruxelles (2016).

Francesca Mussi e John Mirabel collaborated in some past projects as “Deriva”, Spazio San Celso, Milano (2019), they worked at Atelier BEK in Bruxelles, and “PASSAGE”, International Art Residence in France.