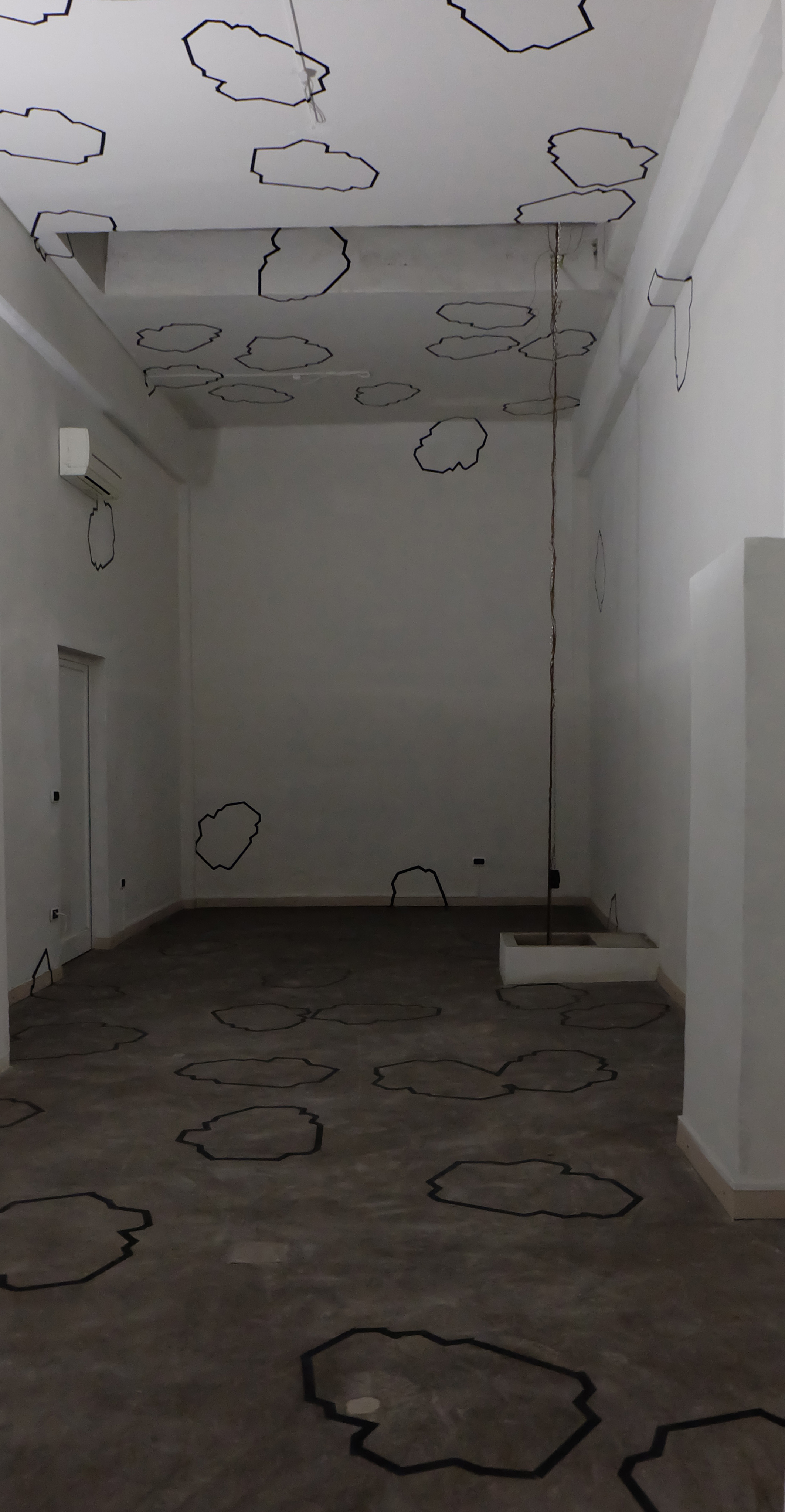 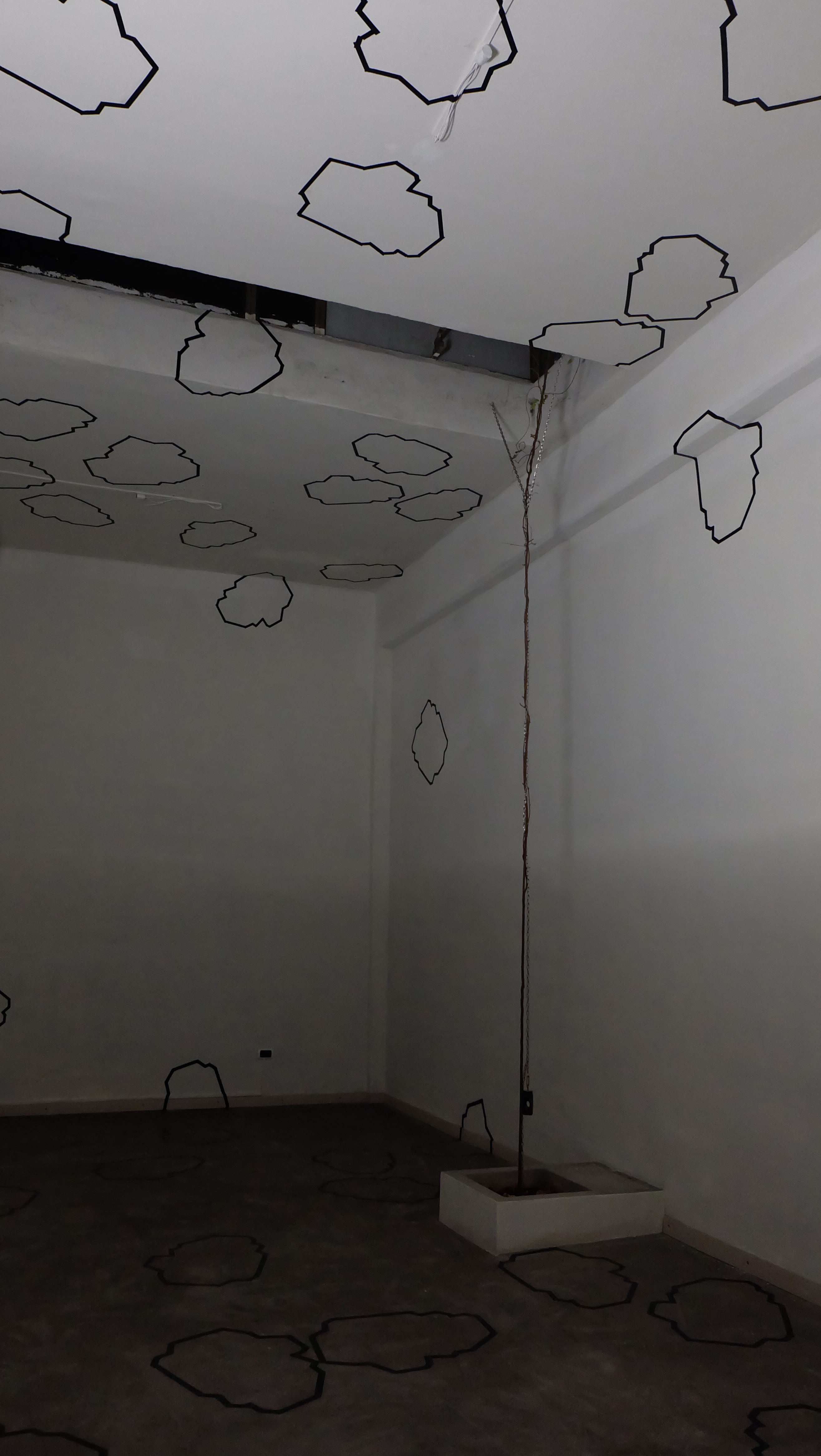 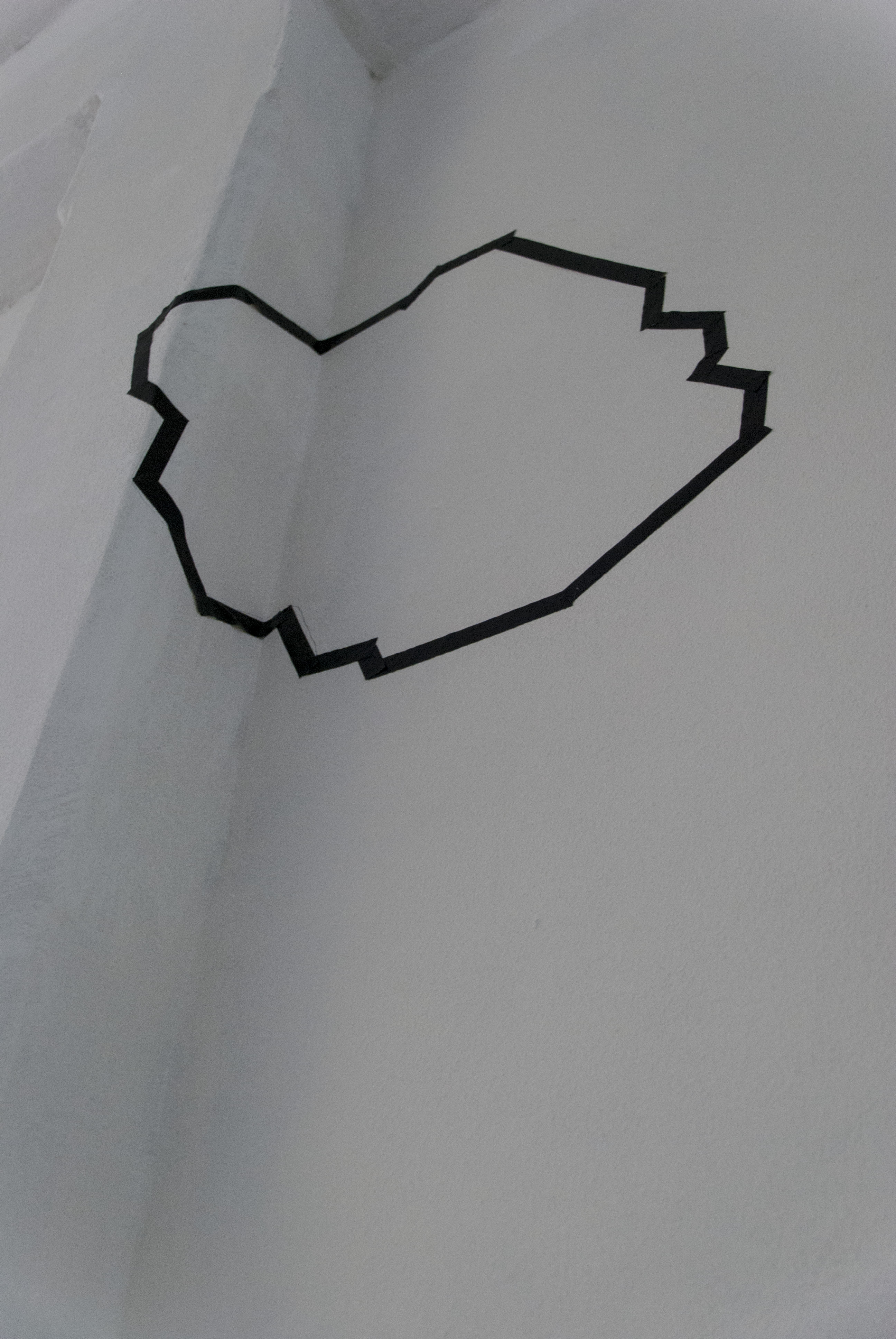 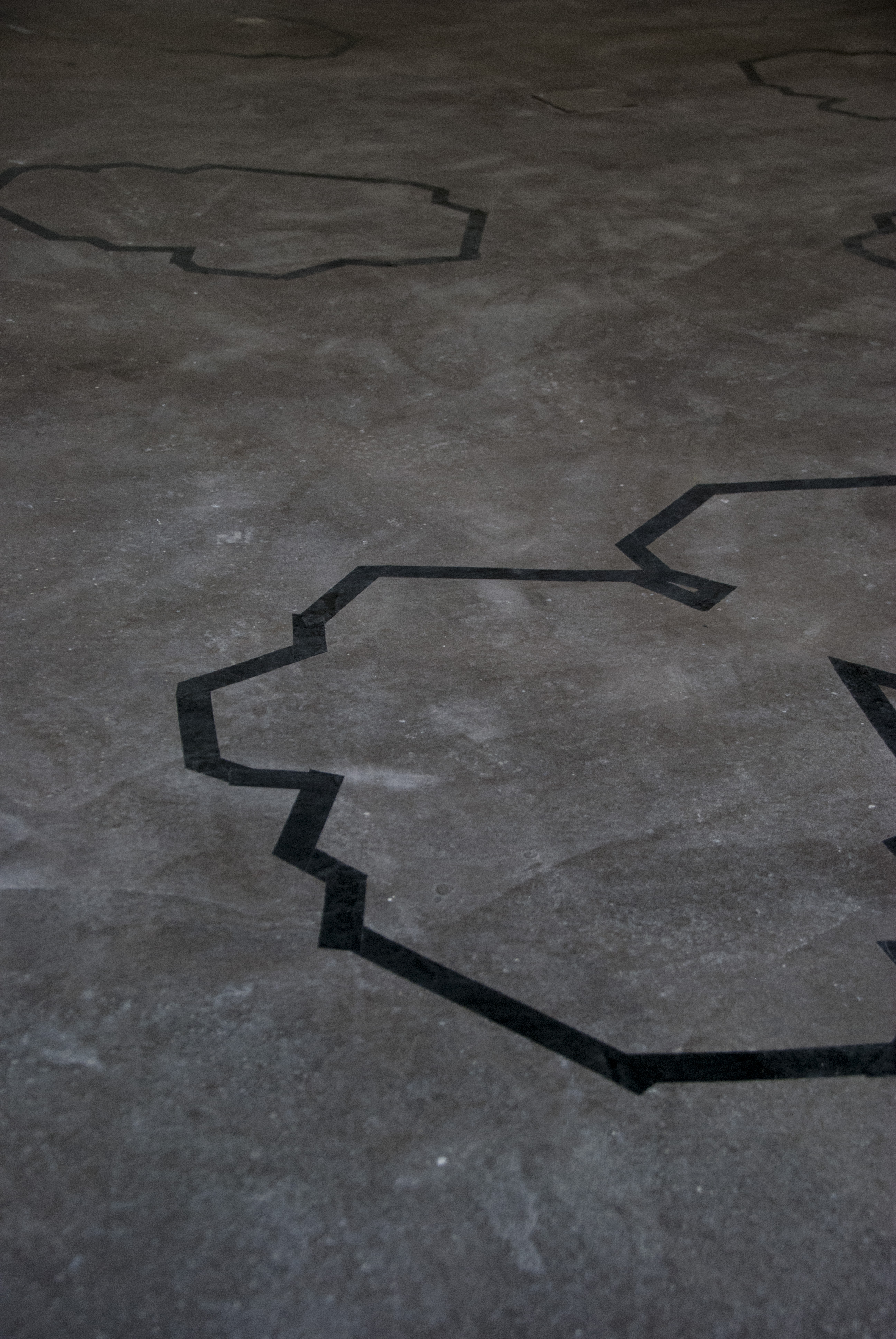 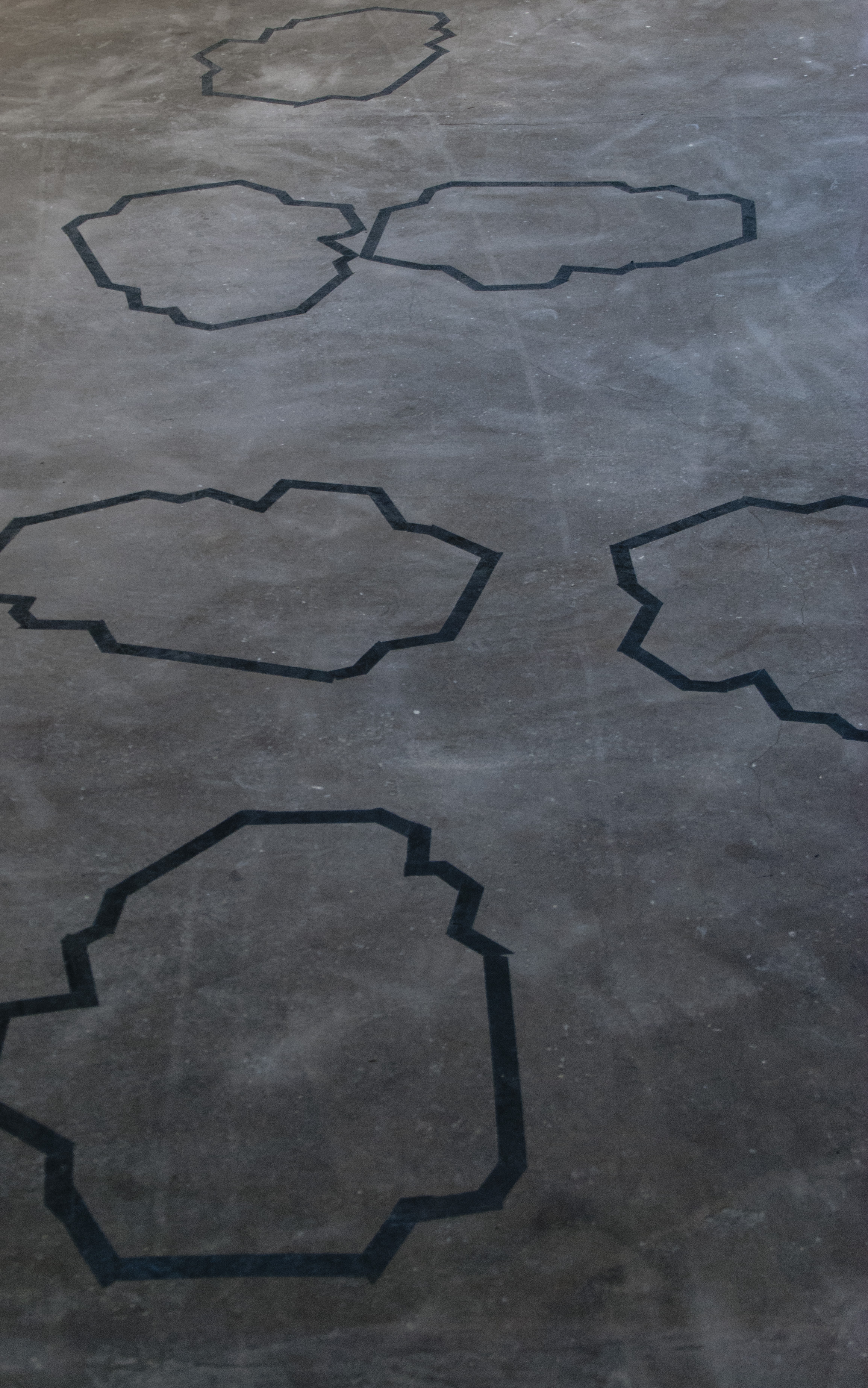 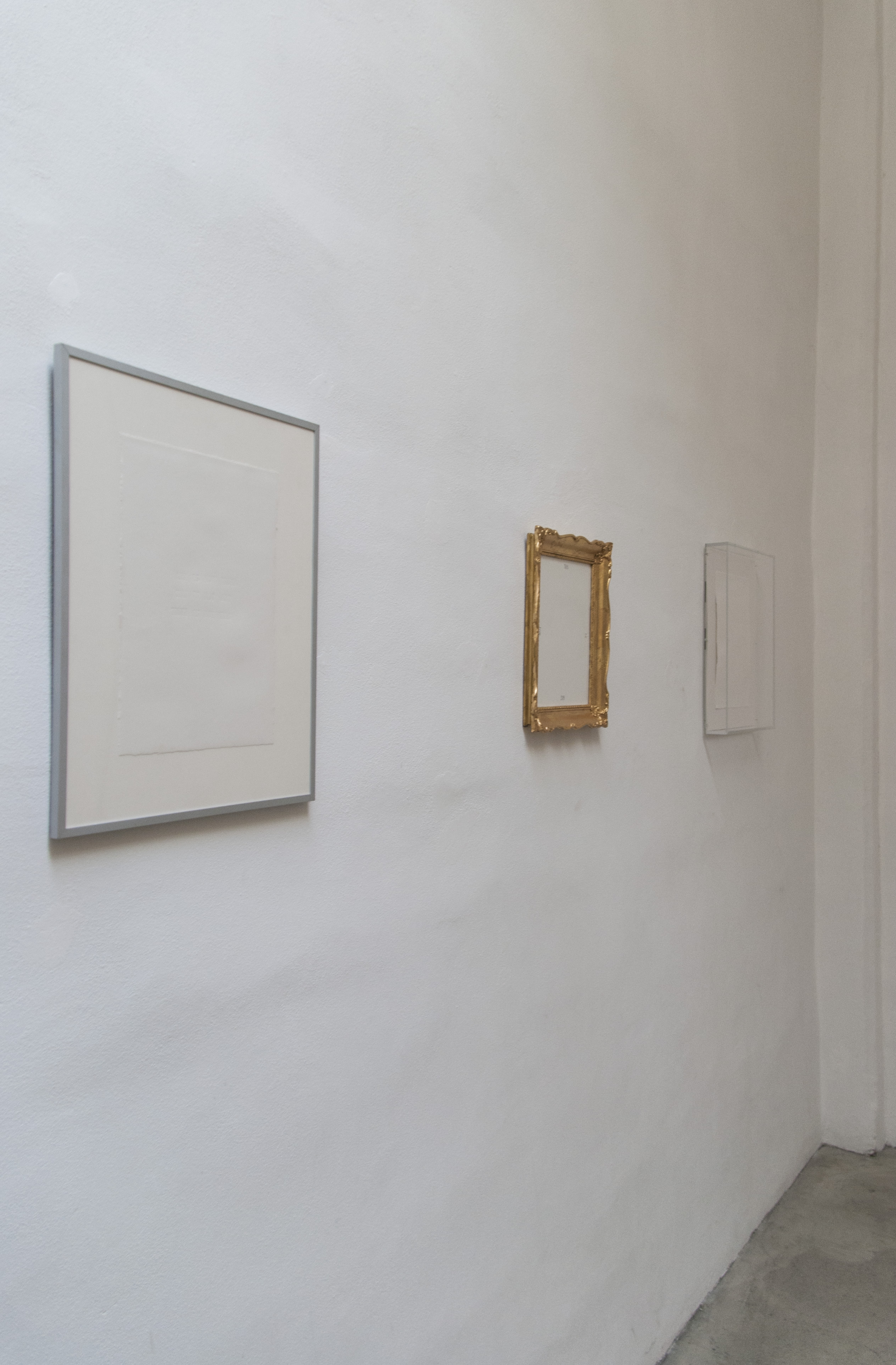 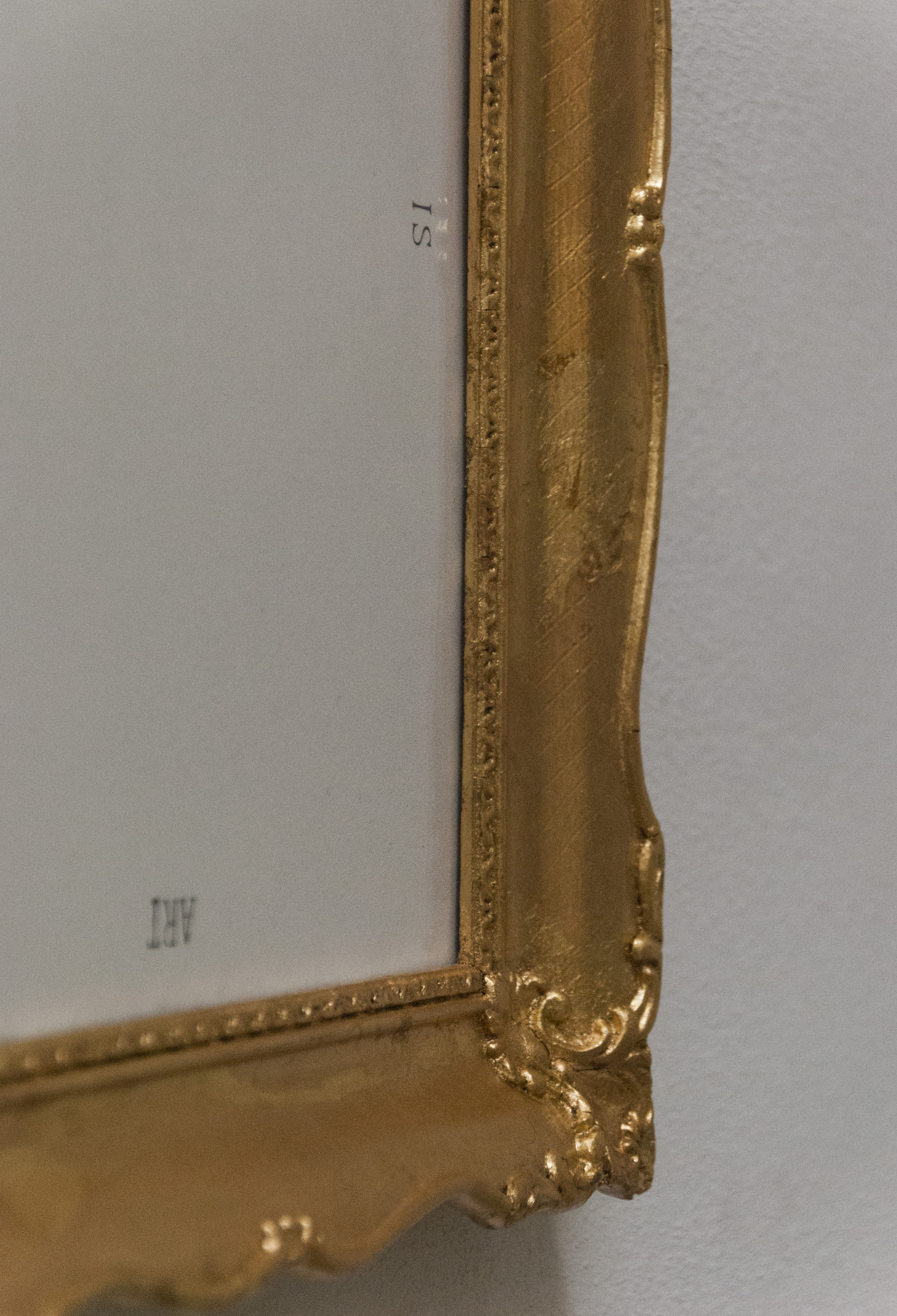 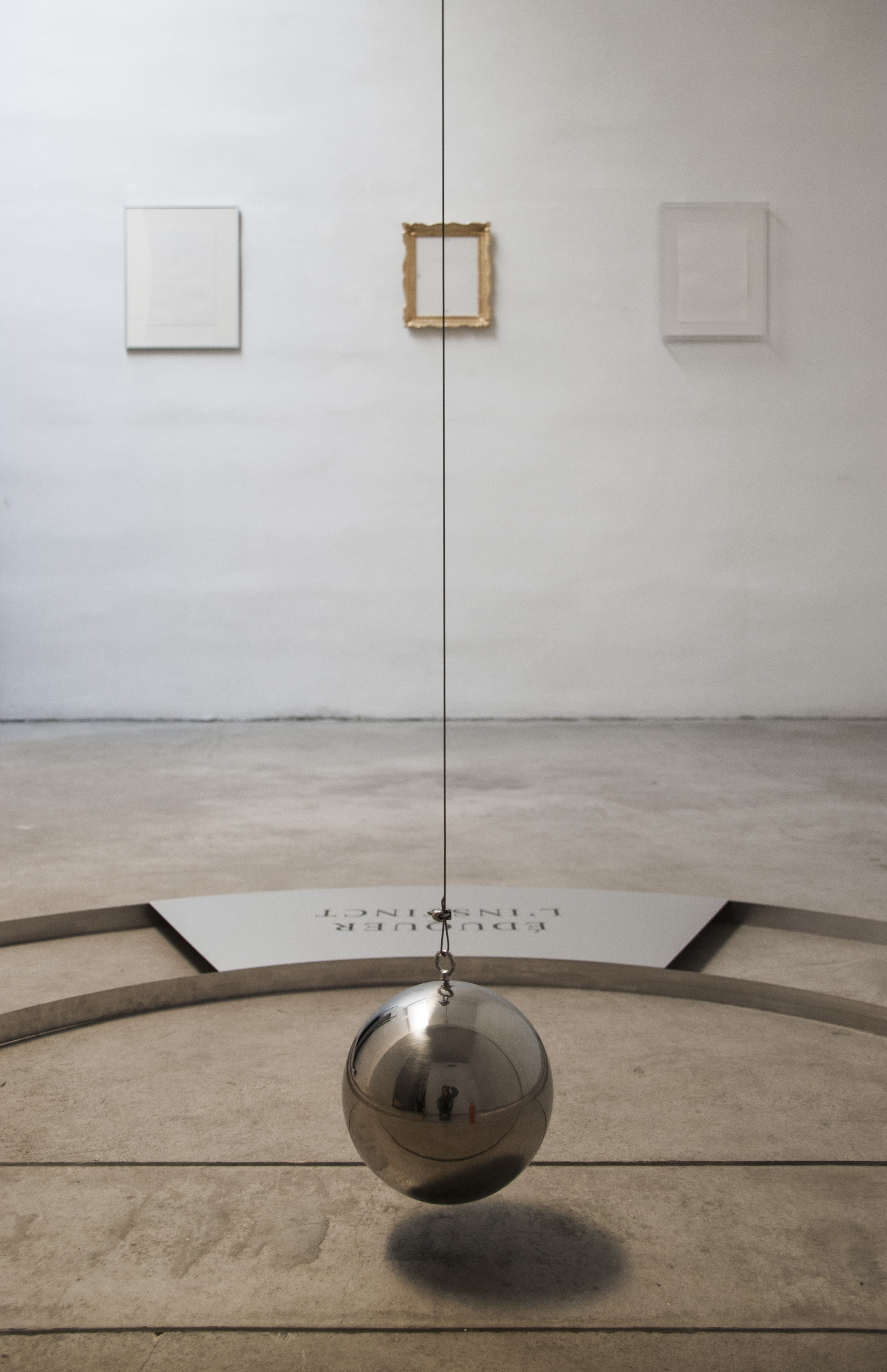 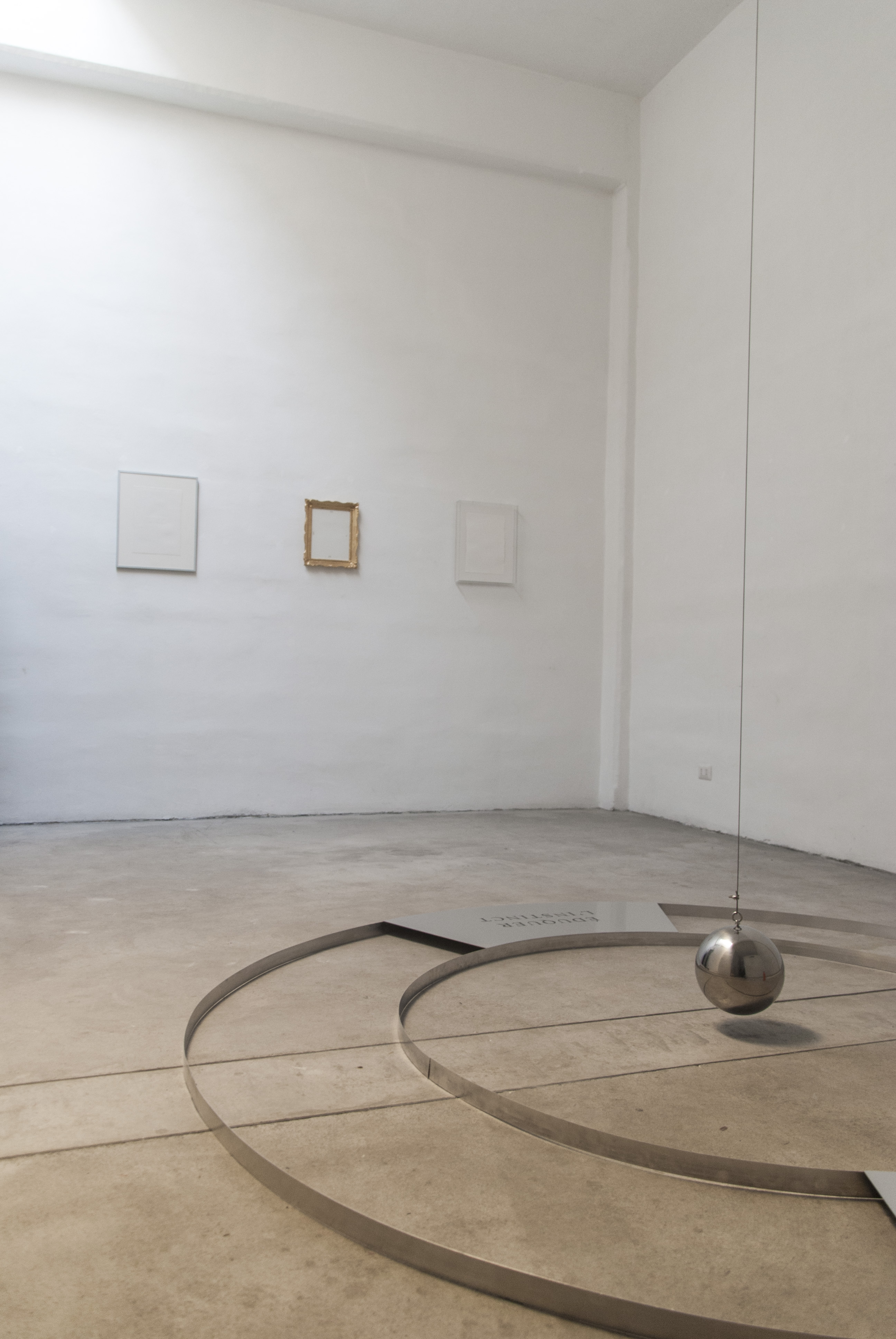 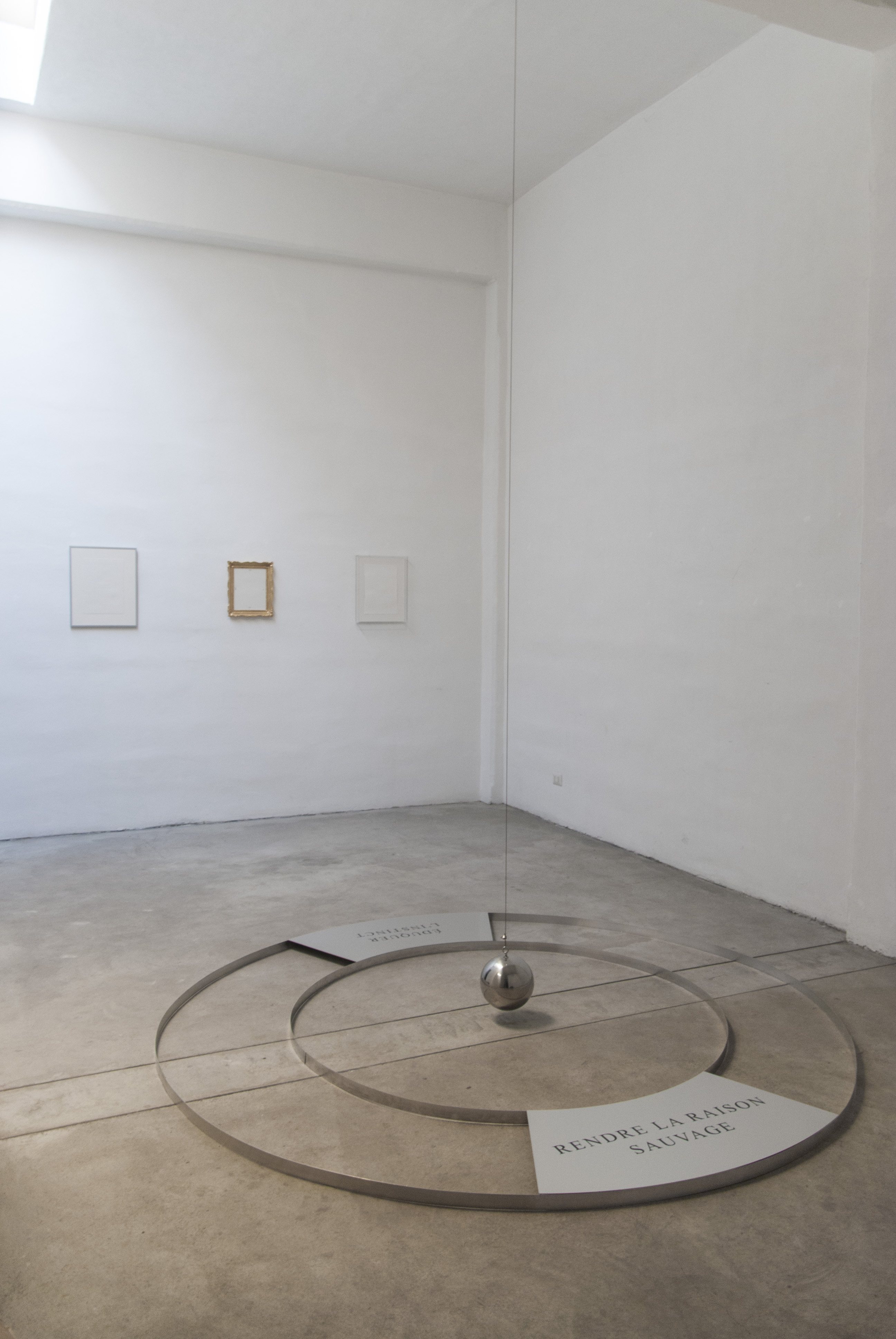 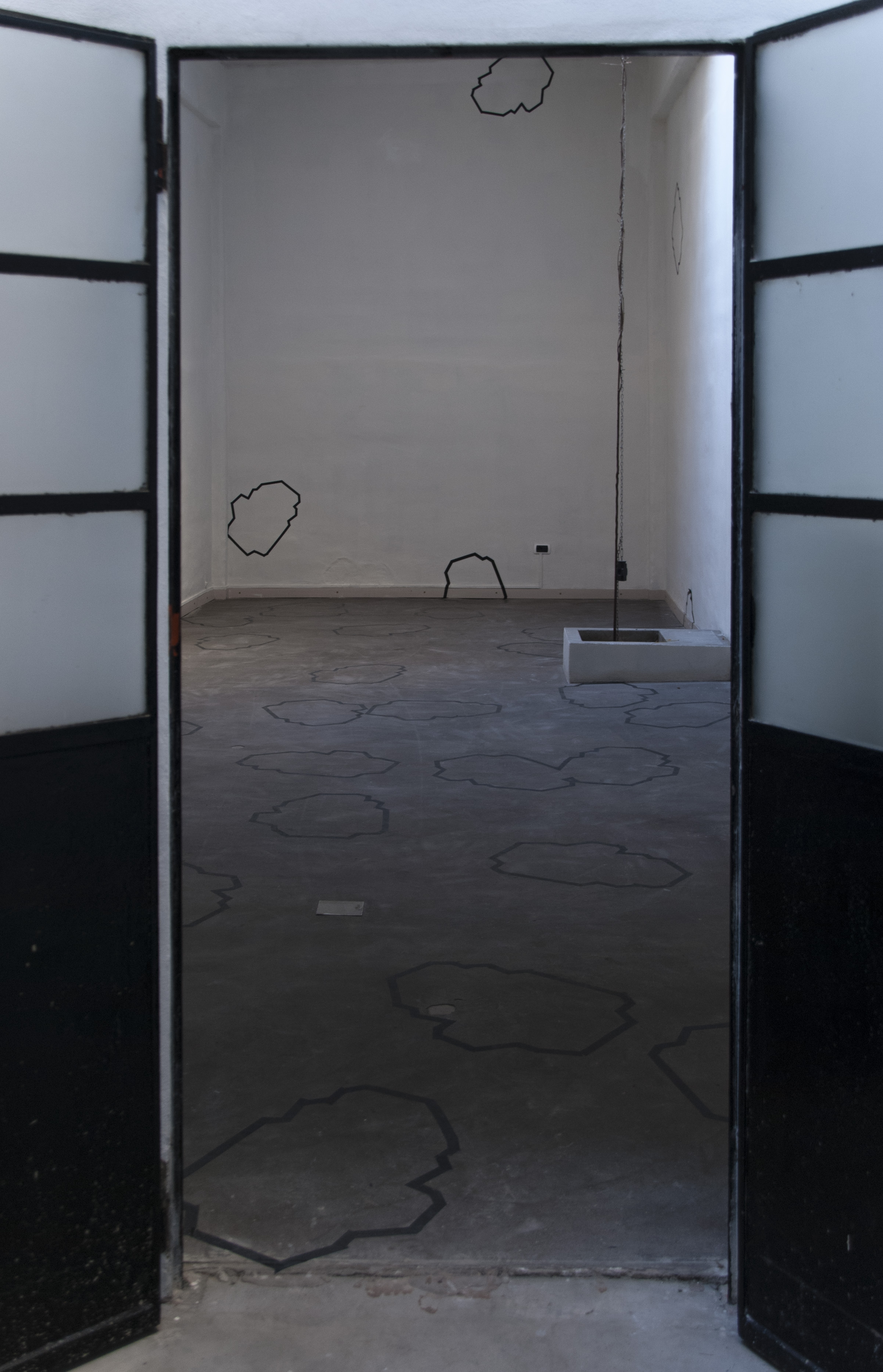 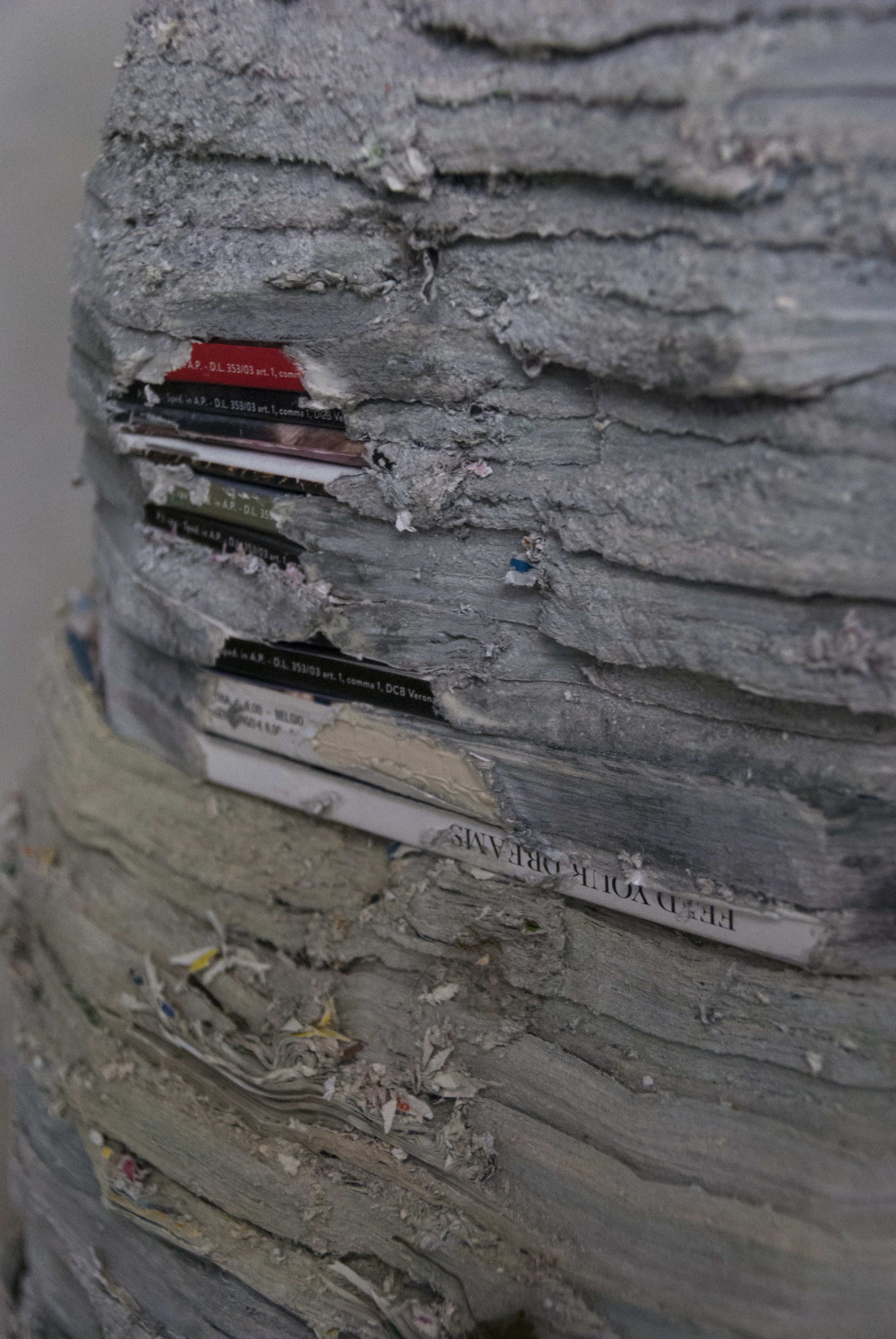 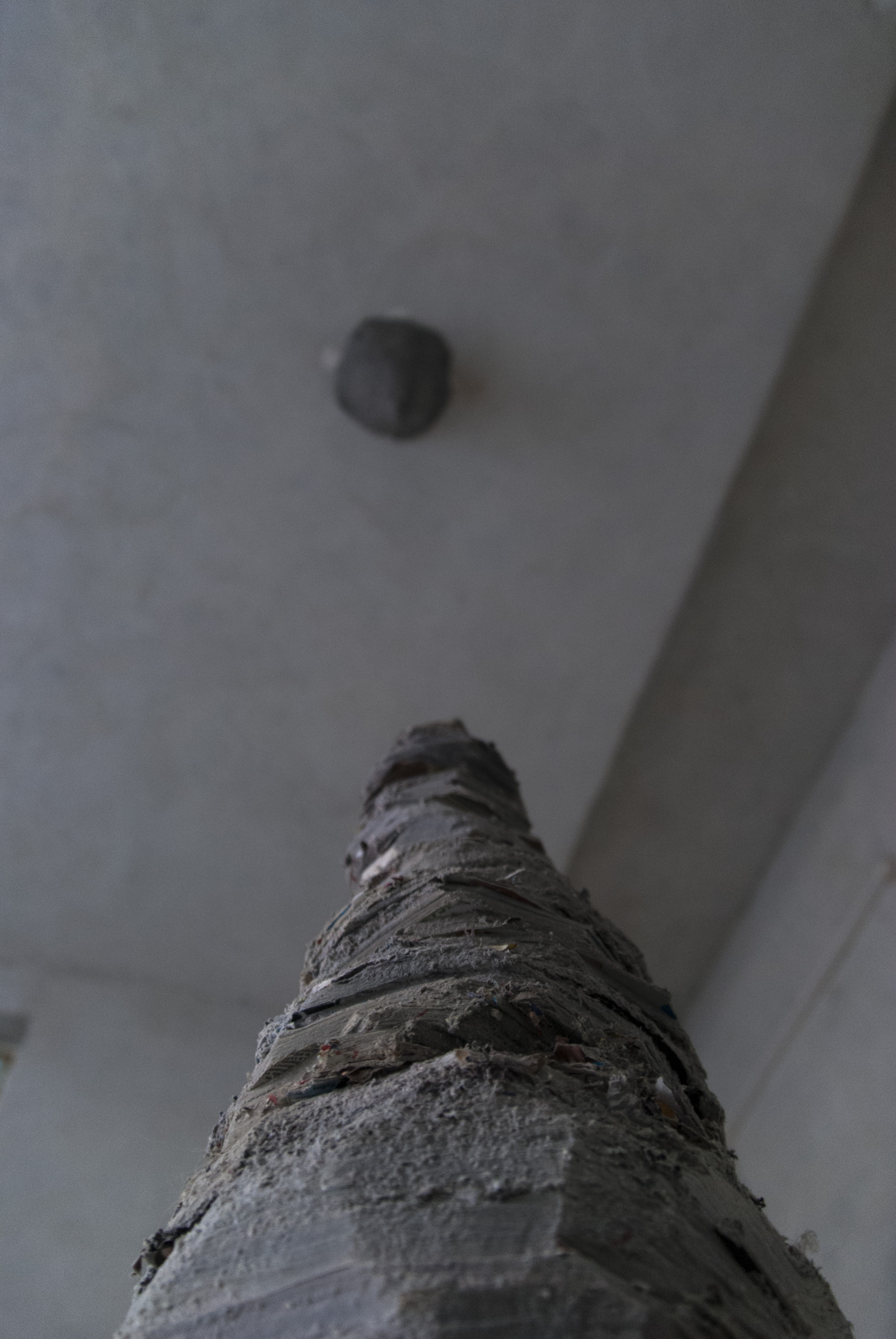 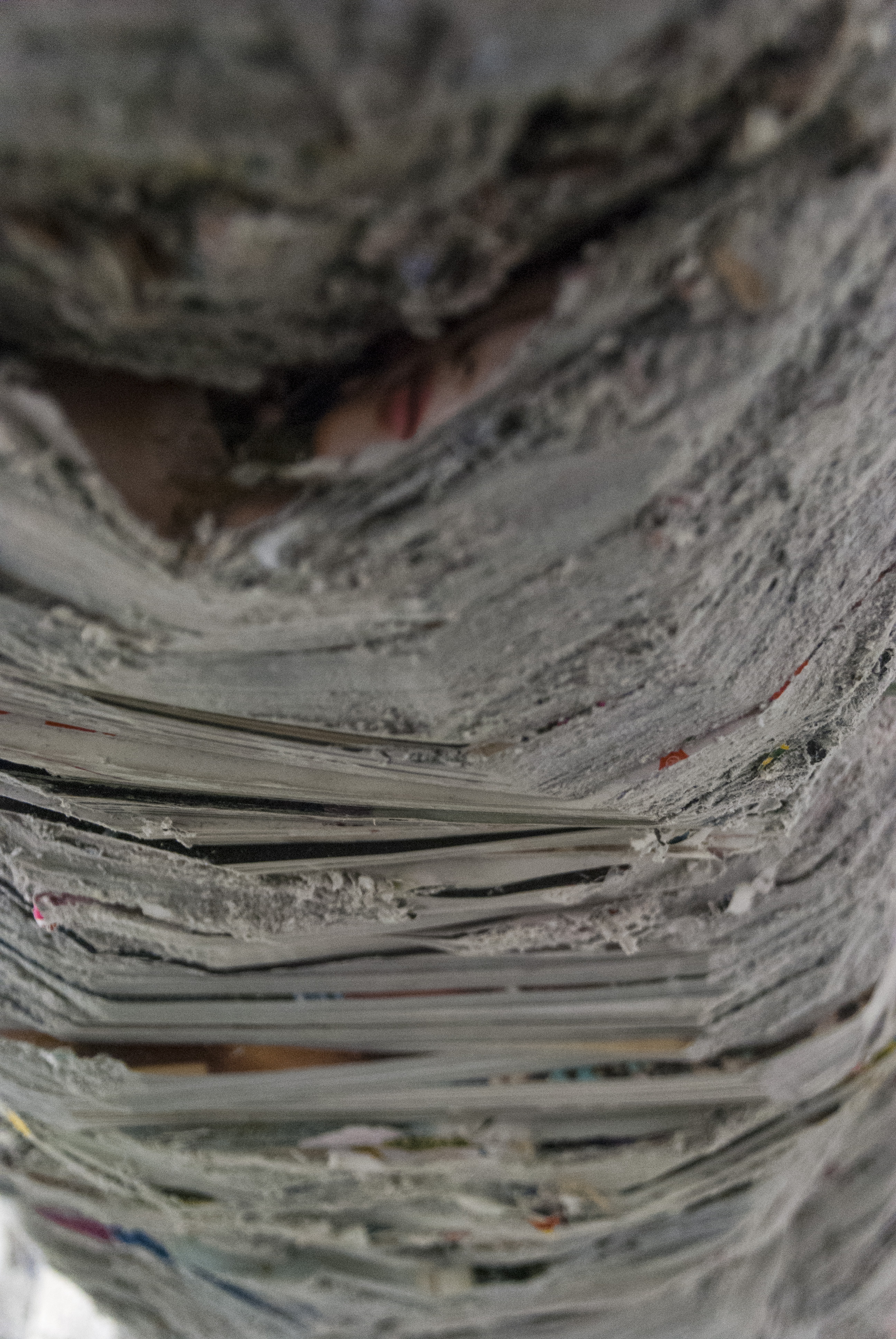 Interconnection means a mutual connection between two or more subjects, a relationship which implies interaction, transmissions and codes.
In order to be able to better understand the complexity of this term , we decided to dedicate six chapters to analyze “Interconnection” under different aspects: Compromise, Digression, Interlude, Signal, Holy, Memory.

The artist through his works compromises himself and his vision, the spectator needs to compromise himself in order to be able to understand. It is an exchange of information and statements through different codes.

In this first chapter every work has a common connotation: bipolarity. In Peng Shuai’s works art and truth, to be or not to be, are described in a visual compromise though a tautological statement. His engravings are almost invisible. Through two installations, Gregorio Vignola research presence and absence, material and sedimentation and the negation of the object itself. A track, a sign, a shadow which stands for an hindering absence , that fills the entire space. The site specific installation by Elisa Diaferia swings from reason to instinct, duality’s compromise, two faces of the same coin, antipodes and complementary at the same time.

Elisa Diaferia (Milan 1998) lives and works in Milan, currently studying Communications and Didactics at Brera Academy of Fine Arts. In 2016 her first collective exhibition “io, Spazio Tempo” at Casa Dugnani Bossi in Robecco sul Naviglio (MI). In 2017 with Giulia Wetter she founds O’Dirk, an artistic and curatorial collective. In 2018 O’Dirk presents different exhibitions in different locations: In February 2018 it presents “PROCESSO”, a performance at Chiostrino Artificio, Como. In April 2018 “Unlimitless” at Gloria Molino’s gallery in Milan and in May 2018 with O’Dirk she presents a project with FIKAFUTURA collective at SpazioFico, Milan. Since September 2018 she starts running The Project Space SpazioFico with a new curatorial project.